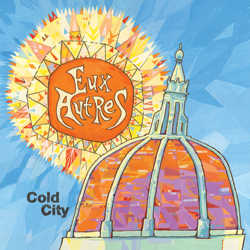 THE DEADBALL ERA. never knew you cared till we rounded the reserves at reading / training punch ups so i guess it’s westward we’re heading / a poor scoring record on the transfer market has never meant a thing / but this calendar unification won’t take away the sting / give ‘em hell boys europe’s all we’ve left / cup ties result in unrest / winter break for twelve days of recess in rio / closed training, a towel, some sun block, a speedo / no domestic fixtures and a doping scandal have tainted our success / the spaniards had our number, we’re no better than the rest / i’m coming home, i’m always coming home unless i’m leaving home, no one to say goodnight to / send a message up the line there’s nothing left to steal / sharpen your spikes, boys, mercy is for the unfit / it’s the deadball era, your waspy portfolio is shit / groundskeepers hiring hitman catchers are foiled / you goddamn dutchman, your perfect fortress is spoiled

MOLLY. i left a camel coat on the train to Idaho / out on the ninth fairway, and then a chimney dusts it all in grey / molly, where you been tonight / when she discovered me, she took my matches and my keys / and then she stole my socks, gave me a room without a view, and flipped the locks /when you take your leave of me, tell the people that you see in the places that you roam: someone needs you back at home / i’m gonna count to ten and hope you change your mind by then / and then i’ll steal your socks, give you a room without a view, and flip the locks

ANNE BOLEYN. for your little taste of freedom, never around when you need ‘em, just when you want to have fun / lost and found on streets that were paved with no plans, wander to mess around three and hope that the natives aren’t done / don’t forget, this moment arrives every four years, conversation’s been smothered by your cheers, too thin for the rest of the boys / i never took notes before this one: smart much too smart for your boyfriend, don’t believe in the books that he’s read / all for naught, talk about time of the season, never remember the reason, should have listened to colin instead / rise and shine, gone in the car of the people, to eastern islands and film school, with photos of your prison stay / we are in form

THE TOWN THAT NEVER WAS. we don’t have to hear you, your loose talk will compromise itself / you mention admonition, remember specificity’s a kind of wealth / you waited, abated, to land on the coast, but found rock and shrub instead / among precipitous heights and lascivious nights you still dream of baking bread / the children born of numbers may forgive you at a later date / the compromise of language for ability to relate / the shanty town’s bogging down, mired in mud, but that doesn’t mean they’ve won / if blessed with success, we’re rewarded with rest and the light of a thousand suns / you are not here

THE CITY ALL TO HIMSELF. hey, i’ll tell you straight, i’ll tell you straight away just where you should go / clocks, they never see to stop, bring stones and rocks while taking stock of ordained folk / seasons in the city, it’s such a pity it all went wrong, so long to wait / dad, i left my wheels and cranks behind only to find the chances went begging / he said, “rico, those spires and steeples are for postcards, not people.” / we never thought it could happen against those northern hordes of blue / when we finally sent them packing, me and the boys knew just what to do / you win, you broke me again but i saw it coming promotions ago / i’m bits and pieces, and bits and pieces don’t equal the whole

GRACEFUL EXIT. it seems we found a new name to change / lately, the smile before you speak: another hand upon my cheek / speed the plow boys before it gets away / your feet mounting the stairs bring me sleep / but baby, any moment i’ll be strong, it might have been there along while i was faking it / I’d rather break it all than watch it fade / graceful exits work from a distance, but up close, blood flows need some resistance / take it back, you could have guessed i wouldn’t take it sitting down

COLLISION THEORY. no Iberians or argentine, but up another flight / autumns on the bench, a barbed wire fence will never set you free / up the stairs and in the streets, don’t spend your time ensuring that we can’t compete / you knew / this is a collision, we’re never surviving this fall / it’s lower division for all / never missed a beat, another lost week and not a thing to show / seven sisters back in tow won’t beg or borrow for tomorrow’s tremolo / but I don’t mind