Nick, Michael and I wander off to get the car, which we’ve left parked at the club overnight so that we could go to places like Mr. B’s. Since we’re already going to be in the tourist area of Munich, we want to buy some souvenirs. Plus we realize we’ve bought nothing on this trip. First we hit a football store, picking up some birthday gifts for our littlest brother Mikey, then I discover a store that could best be described as marzipan wonderland. I adore marzipan, and this place has marzipan shaped into all sorts of other food—pretzels, sausages, beer steins, turnips. I consider buying a new suitcase to accommodate all this marzipan, but settle for two small “pretzels”.

We get the car, go pick up Yoshi at the hotel, and hit the road for Dresden.

We have one more show, and the whole drive, I’m thinking about how to approach it psychologically. Should I say to myself, hey, you–tour has exceeded all of your expectations, so don’t worry about this. Or should I secretly hope for the astounding finale? I can’t decide. I’m very nervous.

For the first time this whole tour, we arrive at our destination early enough to check into the hotel and explore. Dresden is such an intense experience, because everywhere you look, you imagine the rubble that was left from the firebombing. And then here and there, there is actually rubble, or charred bricks way up on a tower. The texture of the cityscape reminds me of an old growth forest, with all of these generations of structures co-existing–some dead and fallen and some just beginning, telling the story of the place. 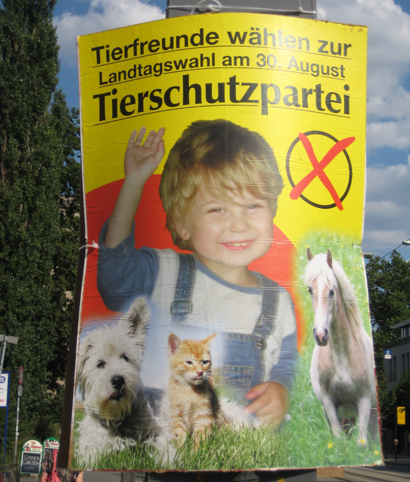 The club Osto-pol is a space that has been dutifully restored to East German-ness, down to the glasses, the light fixtures, and even the wallpaper. It is truly one of the most compelling bars I’ve ever been in. Sitting in there is like being transported.

The proprietors have made us vegetarian pasta, and we sit in the low light of the empty club and eat like a family, the four of us seated around a weathered farmhouse table. We are quiet, conserving energy and avoiding the temptation of sentimentality about our last meal together.

By the time we play, the club is packed with the most glorious indie kids. They are radiating happiness and love, or maybe it’s just me, but I don’t care because the room is full of the kind of noise that only we make and all these people are smiling. When we finish, the crowd spills onto the giant patio out front, where everyone sticks around, hanging out and talking like old friends into the wee hours of the night.

We walk slowly back to our hotel where we pack our bags for the last time and set the alarm for far too early and then we are asleep and then awake again and it’s not until I’m on the plane that I absorb that it’s over. I pull a notebook from my bag and scrawl pages of notes so that maybe when I get home, I can write at least some of it down for real. Then I fall asleep again, because finally, I can. 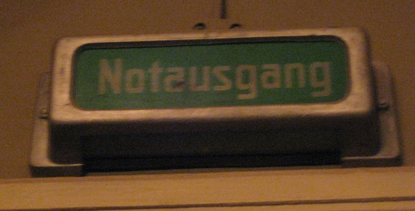 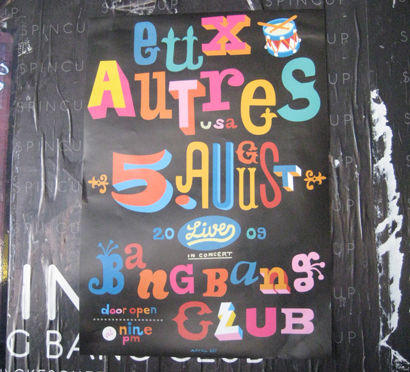 We’re heading over to Europe at the end of next week to play some shows in England, Sweden, and Germany. We’re very excited to see some new places, and melt some new faces. If we’re in your neighborhood, come out and see us! As usual, we’ll be firing up the old tour blog, so get ready to read about some things you never wanted to know, written about in more detail than you ever thought possible. Watch this space for updates.