We’re back from our European tour. It was completely amazing in every way imaginable. Thanks so much to everyone who came out to the shows! We had a really great time and hope to head back to Europe soon.

Heather’s plans of updating the tour blog on a daily basis didn’t exactly work out as we had hoped. This wasn’t for lack of effort (she has pages of notes detailing each day), it was just a matter of not having as much internet time as we’d planned. Since Heather is a tour blog completist, she’ll be updating the blog with stories of the entire tour very soon…it’ll be just like we’re on tour, but two weeks later!

We’ll also be uploading all of the photos we’ve taken over the last few weeks to our flickr page over the next few days. In the meantime, John from Where It’s At Is Where You Are has already uploaded some photos from the English leg of the tour. 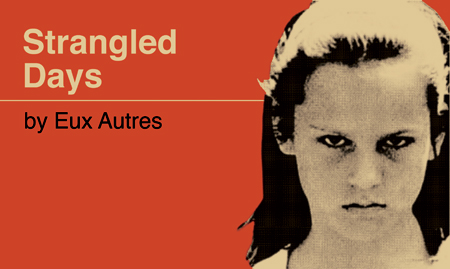 We just posted a new song, “Queen Turner,” to our myspace page. It’s from our new 10″ EP, Strangled Days (available soon from www.wiaiwya.com and Rough Trade). We’ll have copies available at our upcoming European shows. Don’t forget, the tour starts this Sunday (yikes!) at the Indietracks festival in Derbyshire, England.