After a totally humane drive, we arrive in Ames, Iowa. I confess I love how Iowa looks. Rolling hills, cute farmhouses. It’s one of my favorite states. Nick’s special friend Sara is along for the ride, and it’s sort of embarrassing for someone else to see how far we’ve devolved. We cackle maniacally at the stupidest things. It’s like a loony bin on four wheels.

The tour is nearing its end, and we’ve had an inversion of our expectations. We’ve showered every day–which is inconceivable. However, we’ve slept less than we thought humanly possible. Every day is a Sophie’s choice between sleep and “doing something”–breakfast, thrifting, hanging out, reading, whatever. If we sleep as much as we need, we have no life whatsoever outside of the car. If we don’t sleep enough, we get to seize the day, for at least an hour that is–but we seize the day as zombies.

I want to make everyone eat a Maid-Rite, a special strain of burger endemic to Iowa. (Nathan is still being virtuous about his meat consumption, but I think I can corrupt him). I use my phone to locate a Maid-Rite and walk us there. But the storefront is now a dodgy-looking tapas place. I grab a strapping Iowan boy on the street and ask where Maid Rite has moved to. He laughs and says it’s been closed for years.

I expect Christopher Lloyd to screech up in a smoking DeLorean at any second.

Our show reminds me of the shows I went to growing up. All ages, in whatever space we could find. (For example, a very early Pavement show while the leadership of the Fraternal Order of Eagles stood around with their fingers in their ears.) But in many ways, those are the best sorts of shows. Everyone is there to see the music. Not to get drunk or pick up girls or whatever.

The show end early enough that we decide to drive to Omaha, where we each will have our own room. Everyone except me–I’ll be shacking up with my mom.

Mom wakes up at 2 AM when we arrive, and stays up til 4 with us. She is officially on Rock Time. 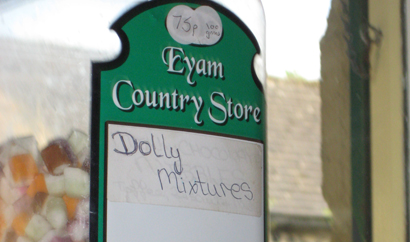 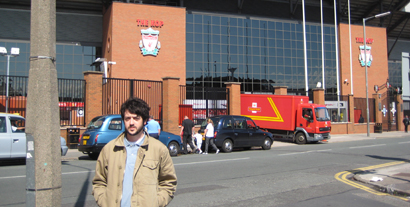 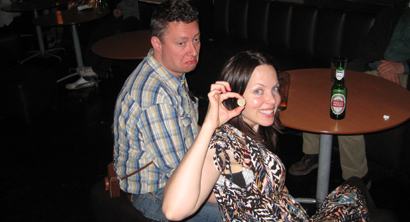